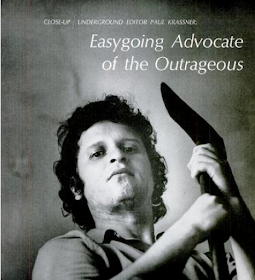 Paul Krassner: I wrote that MAD magazine article about comic strip characters answering classified ads and the editor left one out that had Olive Oyl sending for falsies. I complained to Bill Gaines. He said, "Yes, well, my mother would complain about that." I said, "Yeah, but she's not a typical subscriber." He said, "No, but she is a typical mother." MAD had just reached circulation of a million and a quarter - all were essentially teenagers. Sometimes kids had to hide it from their parents because it was so irreverent.

They didn't talk often about some things that I felt strongly about - like hydrogen bombs being tested. In later years they caught up with their readership. I wanted to do a feature on the pros and cons of unions because my dad was in the typographical union, but they didn't allow Negroes, as they were then called, to be members. That was turned down by Bill Gaines because it was too grown up a subject. I said to Gaines, "I guess you don't want to change horses midstream." He said, "Not when the horse has a rocket up his ass." I could understand he wanted to keep the audience he had, but it was the moment I realized there was a void and I wanted to fill that void with The Realist. 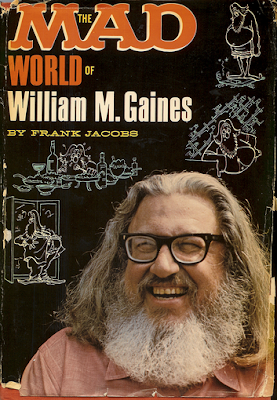 Kliph Nesteroff: What was the act you performed at the Mad Magazine Christmas party?

Paul Krassner: I would tell a joke and then play a few notes on the violin. One of the jokes was - What did Eve sing to Adam? And then on the violin I played Don't Sit Under the Apple Tree with Anyone Else But Me. This was 1953. The next year I started doing stuff about Senator Joseph McCarthy and his anti-Communist obsession. I don't remember any of the specifics, but the violin was a prop and I sent letters to Jack Benny and Henny Youngman asking if I could be their protege. I was very naive about show business. 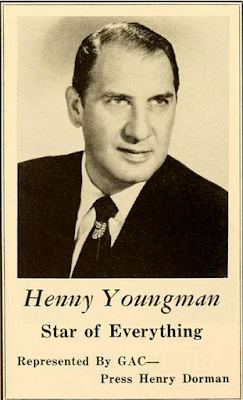 Kliph Nesteroff: I'm blurry about when you started doing a nightclub act... or attempted to.

Paul Krassner: When I started publishing The Realist I got invitations to speak at campuses. That was 1958-59. In the early 1960s, when the Vietnam War and Civil Rights demonstrations started, I would speak at protest demonstrations. I was the comic relief from the serious speakers. The first subscriber to The Realist was Steve Allen... 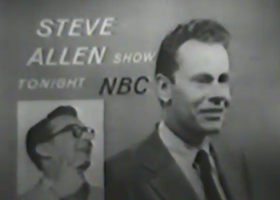 Kliph Nesteroff: How did Steve Allen even know about it so that he could be the first subscriber?

Paul Krassner: I read a book of his poetry. I liked it. I sent him a copy of The Independent and sent him a note about how one poem in particular resonated. Steve Allen was a reader of The Independent and read my column The Freedom of Wit. In my last column I announced that I was going to do The Realist. So he knew about it through that and bought gift subscriptions for several people including Lenny Bruce. 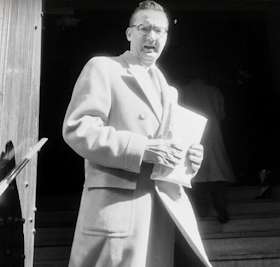 Kliph Nesteroff: You also sold a sketch to The Steve Allen Show.

Paul Krassner: I ended up writing a few sketches for The Steve Allen Show on a freelance basis. One was turned down, a sketch about psychiatry. The producer called and explained Steve was going to a psychiatrist. So he didn't even show it to him. Lenny Bruce got Realist gift subscriptions for several other people. It was word of mouth. It's the best kind of advertising because it comes from a friend, not from an advertiser. So that's how the subscriptions built up. 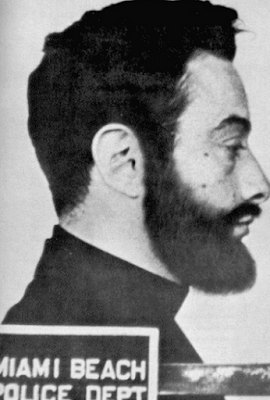 I did an interview with Lenny by mail. He would be in a dressing room at a nightclub and he'd write an answer and mail it back to me. When he came to New York he called me. He was performing at Town Hall and invited me to come to his hotel to meet in person. He was at the Hotel America. He always had a patriotic slant. Even in San Francisco, he would always stay at the Swiss America Hotel. He was really kind of patriotic. He had been in the merchant marines but then pretended he was a drag queen to get out. 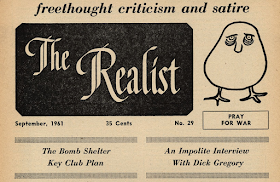 We met at his hotel. I gave him an advance copy of The Realist with an interview with Dr. Albert Ellis. He was an author who wrote books like The Folklore of Sex and Sex Without Guilt. Based on that I wrote a handbook called Guilt without Sex. It was turned down by MAD, but I sent it to Playboy and they used it. This interview with Albert Ellis, at one point he said, "People don't to need to keep saying such fucking negative things to each other." I said, "Do people object to your using that kind of language?" I was kind of a prude myself in that I didn't curse.

But whether I was a prude of not, I was against censorship and I didn't want to do what other magazines did at the time, using asterisks or dashes. My printer - a human being - not a machine on a desk - didn't want to print it. I had my attorney send him a letter explaining the Supreme Court had ruled that to be obscene something had to arouse the prurient interest of the reader or theatergoer. I told that to Lenny and he opened his suitcase in the Hotel America and took out a huge, unabridged dictionary and looked up the word prurient. The first definition was, "To tickle." Lenny said, "So if you buy itching powder at a novelty store you can get busted?" Another definition was, "Arousal of sexual feelings." 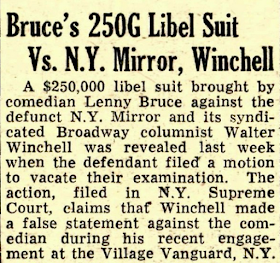 Lenny made the point, "Well, what's wrong with arousing prurient interest? Sounds like a good thing!" Up to that point he had always used euphemisms like frig and freak. He asked me to give out copies of that issue in front of Town Hall. So I stood outside Town Hall handing them out and Lenny came onstage with a copy of it and talked about it. Town Hall barred him from coming again. The place had sold out and Lenny said, "They're just saying that. They'll hire me again because they made money on me." And he was right. They did let him perform there again.

Then Lenny started using those lines as a semanticist and analyzed the magic these words had on people, the affect. They treated them like they had some supernatural attachment. He really wasn't trying to exploit the words, but liberate them and put them in context. He tried not to use the words to get a laugh and didn't use them as a punchline. He started getting busted for obscenity and it was because he was making fun of religion and political figures, but there was no law against blasphemy so they had to use obscenity as an excuse. One of the features of the Supreme Court decision was - if it had social redeeming qualities, then it was okay. A lot of witnesses at Lenny's trial testified that it indeed had social redeeming value.