Kliph Nesteroff at 1:57 PM No comments: 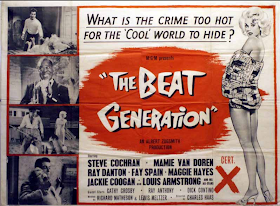 For those who have always wanted to see Vampira and Louis Armstrong in the same movie.
Kliph Nesteroff at 12:00 AM 1 comment: 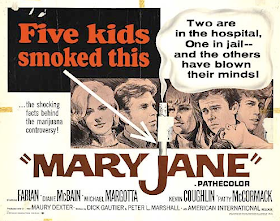 Peter Marshall: I did. Dick and I did Bye Bye Birdie together in Vegas. We became very close friends. We were together every day and then he stopped talking to me at one point and I could never figure out why. We weren't friends anymore, which is sad because I loved him and he is really a talented man.

Dick Gautier: Yeah, Pete and I were really close. We haven't seen each other in years.

Kliph Nesteroff: Did something happen?

Peter Marshall: We were struggling before Hollywood Squares, trying to make a buck and we started writing.

Dick Gautier: We said, "Let's not just sit around. Let's write something." We were in Acapulco.

Peter Marshall: We wrote a couple of TV things and then a friend of ours said, "Hey, I'm doing a movie on marijuana. Would you write the script?" So we gave him an outline. He said, "That's perfect. We're shooting in ten days." Didn't even have a script! 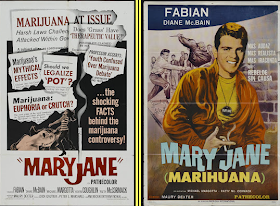 Peter Marshall: We locked ourselves in an office and wrote this thing called Maryjane.

Dick Gautier: So we set a beginning, before the titles, where you see it being harvested and grown and cut into packages and sent to America. Then when the movie starts we follow the five packages. 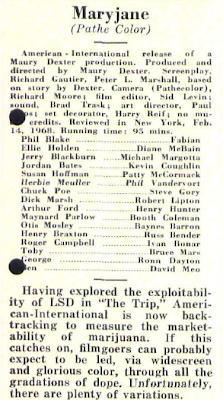 One goes to a housewife in Encino, another goes to a bank president, another here and another there. They didn't like it. They said, "No this is too literate and too boring." So they had Fabian under contract. They wanted him to play a high school teacher who starts selling it to kids.

Peter Marshall: Fabian was in it and he said to the director, Maury Dexter, "Hey, can I change this?" He said, "Sure!" We said, "No, hold it! You can't change that! That's the storyline!" "Ah, don't worry about it." I never went back to the shoot. Today you can't do that. Can't change a line without the writers permission, but in those days you could do anything. They destroyed you. The script had been real good, but they turned it into a terrible picture. 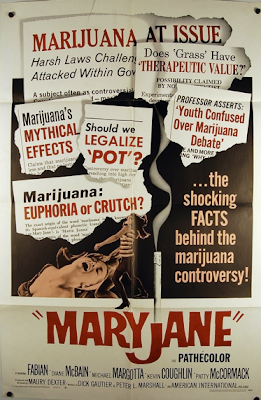 Dick Gautier: They almost dictated the thing to us.  It was awful. We wrote it in eleven days.

Peter Marshall: It was a big hit. It did very, very well and it's a terrible movie.

Dick Gautier: A piece of shit.

Carl Gottlieb: It was AIP. Nicholson and Arkoff and a director named Maury Dexter who was like a complete B-movie guy. He could shoot a movie in twelve days and he did. In Maryjane I played a high school teacher. That was fun. That was shot on the old Allied Artists lot on Commonwealth.

I was commuting from San Francisco. I had a couple days work. In order to make the commute - I would get wired. In those days there were things called "Black Beauties." They were ten times as strong as dexadrine. 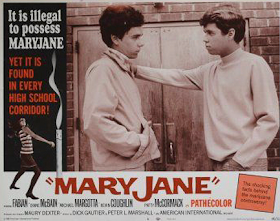 I'd take those, drive from San Francisco, make a five AM call, work the day, sleep, work half a day, then go back to San Francisco and perform with The Committee the next night. Alan Myerson told me twenty years later he went to a triple bill on Market Street in San Francisco of Reefer Madness, Maryjane and some other silly dope movie. 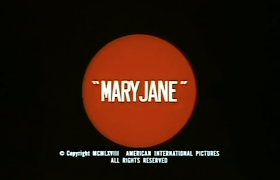 I'm in a scene with the high school faculty and the sheriff. We're discussing the marijuana problem at the school. Someone says, "You can't tell when these kids are high or not!" I say, "You can tell. They act crazy and their eyes are funny." Twenty years later at this triple bill, Alan is sitting there and its my close-up and he yells, "He's high himself!"And I was. I was loaded when I shot that scene. 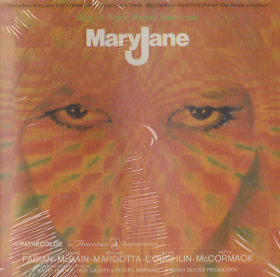 Dick Gautier: The only scene in Maryjane that I like I happen to be in. When he's thrown into jail - I am a hippie. I come in with a beard and all kinds of shit. I don't know if you remember it.

Kliph Nesteroff: No, I don't remember that. I'll have to watch it again.

Kliph Nesteroff at 9:08 AM No comments: 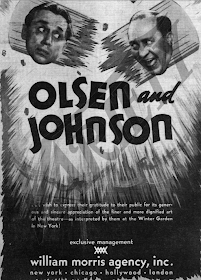 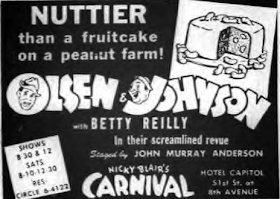 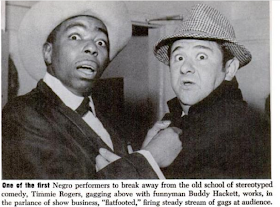 Kliph Nesteroff at 12:04 AM No comments:

The Rhythm and Blues Recordings of Timmie Rogers 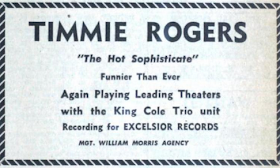 Kliph Nesteroff at 12:10 AM No comments: 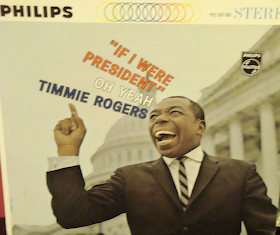